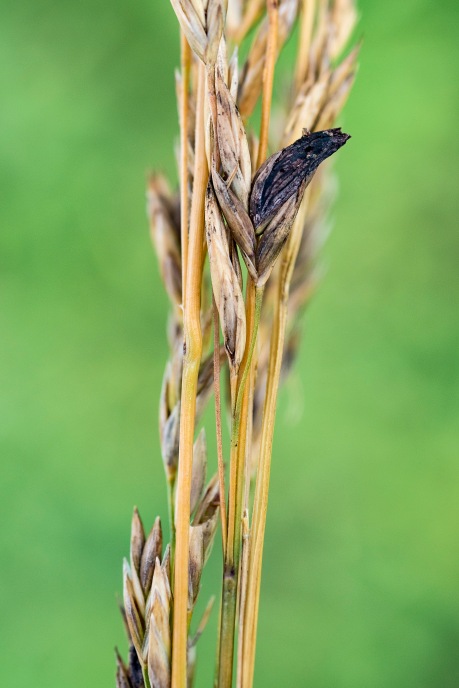 Claviceps fungal spores are found in the soil of much of the US and can infect the seeds of many grasses, particularly when there is frequent and heavy rainfall during seedhead development.  This infection results in the growth of sclerotia (also called ergot bodies) instead of a healthy seed and look similar to mouse droppings. The sclerotia contain concentrated levels of many ergot alkaloids, a number of which are similar to the major toxin found in endophyte-infected tall fescue and cause symptoms similar to fescue toxicosis in all livestock. Since ergot bodies are not associated with the endophyte found in infected fescue, they can also be found in endophyte free and novel endophyte tall fescue varieties.

To reduce the risk of ergot poisoning by grazing animals, keep pastures clipped to remove seedheads. Check tall fescue hay and bedding for presence of ergot bodies. Because of the raking and baling process, ergot bodies in hay or bedding are rare, but can occur. ~ Dr. Cynthia Gaskill, Dr. Ray Smith and Krista Lea.